Too many hot car deaths

The number of children who have died as a result of being left in a hot vehicle is on pace to break last year’s record, according to two different sets of data. 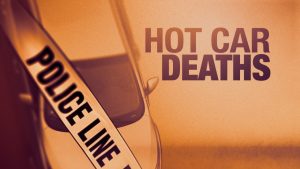 2018 was the deadliest year on record for the number of “hot car” deaths, and 2019 is on schedule to surpass that.

The most recent reported death in 2019 was a 1-year-old in Tampa, Florida. Police are calling the death an accident. Investigators said the girl’s father was using two vehicles to get people to school and work and accidentally left the girl in one of them.

More than half of child hot car deaths happen by accident.

This is not an uncommon occurrence, according to Kids and Cars. The nonprofit child safety organization says more than half of child hot car deaths happen by accident.

The National Highway Traffic Safety Administration found similar trends. According to the federal agency, about 44 percent of the time, the caregiver meant to drop the child off at daycare or preschool. In addition, the end of the work week — Thursdays and Fridays — saw the highest number of deaths, the NHTSA says.

Tips to Help YOU Remember:

The NSC offers the following tips for caretakers to ensure they don’t leave children in hot cars:

Consumers should immediately take the recalled teether away from children. In cooperation with the U.S. Consumer Product Safety Commission (CPSC), Bebe au Lait, out of an abundance of caution is conducting a Voluntary Safety Recall of all Wooden Teethers due ...
Read More 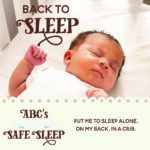